The Language of Silence 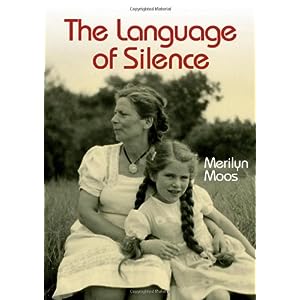 "Salander embarks on a mission to uncover the brutal history of her family." This sentence from Viv Smith's review of The Girl Who Played With Fire (Books, Socialist Review, September 2010) might as readily be applied to Anna, the narrator and main character in Merilyn Moos's novel, but with two big additions.

Firstly, there is an autobiographical dimension to The Language of Silence and the key incidents in the story are drawn from real events in the author's life. This includes the moment when Anna receives two thick parcels of MI5 documents tracing the secret story of her mother, Louise.

Secondly, the "brutal history" in this case is the nightmare of the 20th century.

Anna Weilheimer grew up in Durham in the 1950s, to all appearances an ordinary English girl. From early on, however, she knew there was something distinctly un-ordinary about her family life. There are no family photographs, no living relatives - even the books on the shelves are wrapped in brown paper to hide their titles. Questions of any sort about her parents' previous existence are strictly forbidden.

As a child, we are told, Anna grew up with silences and was intimate with ghosts. The house is haunted by spooks, in all senses of the word.

All that Anna knows is that her parents are German émigrés who had fled Hitler's Germany. She knows that her father had been a leading socialist and anti-fascist who escaped the Nazis by walking across Germany, evading the SS. She isn't yet aware that her mother was from a Jewish family - and there's a lot else besides that she doesn't yet know about the reclusive and resentful Louise.

It is only later, after her father has died and Louise is in hospital with unconfirmed dementia, that Anna, now in her 50s and a single mother, discovers the crumbling letters in German that will set her off on her journey of discovery and exorcism.

Written in the first person but interspersed with the stark and harrowing prose of the letters, The Language of Silence is partly a deeply moving tale of identity and otherness, about the struggle to know - and to make - who you are, told over four generations. It is about bringing closure to the past. The scale of the political tragedy in the background makes it more than just a family history. Hitler and Stalin are ghosts at the banquet.

It also has some wonderfully comic moments, such as when Louise, now in a Jewish nursing home, confuses the Hanukkah dinner with a celebration of Trotsky's birthday. Despite all that has happened between them, Anna whispers to her triumphantly, "I'm proud you're still a revolutionary."