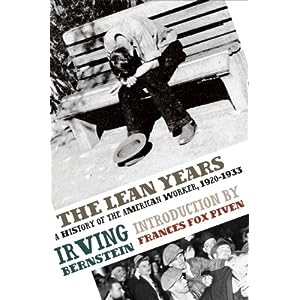 The early 1930s saw the German working class go down to a historic defeat with fascism triumphant. What is extraordinary is that even while the Nazis were tightening their grip on power, in the US - a country hit even harder than Germany by the Great Depression, where an already weak labour movement had been in retreat throughout the 1920s - the working class fought back. Workers successfully swept aside the employers' violent opposition to the unions and forced US politics further to the left than ever before.

This was achieved by militant struggle on a massive scale. American workers fought back against private armies, the police, vigilantes, troops and the treachery of the American Federation of Labor. In 1934 strikes in Toledo, Minneapolis and San Francisco reached almost insurrectionary proportions, and then in 1936 and 1937 there was the great wave of factory occupations and sit-downs. These overwhelmed the employers, with even the great car giants GM and Chrysler surrendering to the unions. These years marked one of the great turning points in working class history, not just in the US, but internationally.

Bernstein, who lived through the Depression years, was wholeheartedly on the side of the workers. His two volumes, originally published in the late 1960s, provide an unrivalled account of working class struggles between the world wars. They are classics of working class history. He chronicles the years of retreat in the first volume and then in the second tells the story of one of the most magnificent fightbacks in our history.

US bosses resisted union organisation with a bloody ferocity never seen in Britain. Although this had kept the unions weak in the 1920s, when the workers fought back in the mid-1930s, they fought with a no holds barred determination. Bernstein celebrates this militancy. His account of the 1934 dockers' strike in San Francisco that culminated in a city-wide general strike, for example, is absolutely gripping. Against overwhelming odds, solidarity triumphed. Similarly, his account of the great GM sit-down strike and its aftermath is tremendous.

But the books have one great weakness: politics. These two volumes were part of a trilogy, and Haymarket have wisely decided not to republish the third, The Caring Society, where Bernstein's political weaknesses are most readily apparent. Bernstein was a New Dealer and regarded Franklin Roosevelt as the great American reformer. As far as he was concerned working class militancy had helped make liberal reform possible and had won US workers the place they were entitled to in capitalist society, but that is as far as his radicalism went.

While these limitations should not be ignored, these volumes do succeed in rising above them. They should be on every socialist's bookshelf.