The US cable channel HBO has acquired a reputation for developing television shows that are both intelligent and compulsive viewing. The best of these programmes, such as The Wire and The Sopranos, were able to shine a light on contemporary society in innovative ways.

So it might seem a bit unusual that the latest in this run of culturally relevant TV shows is based not in the streets of New Jersey or Baltimore, but in the mythical realm of Westeros in which kings and queens vie for power using sword-bearing armies, dragons and magic. Yet Game of Thrones is notable not simply for its echoes of medieval Europe but also for its parallels with the world we live in today.

The new "David Bowie Is" exhibition at the V&A Museum is a fascinating insight into one of one of the most contradictory figures in popular culture over the last 50 years.

For some on the left, the start and end point of David Bowie's story is his mid-1970s flirtation with far-right iconography and symbolism: his cocaine-addled statements about believing "strongly in fascism" or calling Hitler "one of the first rock stars". But Bowie's story - from Ziggy Stardust to elder statesman of eclectic pop - is one that parallels many social changes in post-war Britain.

"Right now, there are more people on Facebook than there were on the planet 200 years ago," says Jason Russell, co-founder of the Invisible Children organisation, in his "Kony 2012" video. The inane "documentary" targets Joseph Kony, leader of the Ugandan rebel group the Lord's Resistance Army.

It is riddled with inaccuracies and demands that the US government send troops to Uganda to catch Kony, despite the fact that he hasn't been in the country for the last six years. Even so, it has become an internet sensation, taking just six days to notch up 100 million views - the fastest ever.

Young people have been at the centre of momentous struggles this year. Jonny Jones argues that socialists should thow themselves into these struggles while pointing to the power of the working class

Many of the struggles which have rocked the world over the past 12 months have had young people at their heart. In part, this is down to the fact that they are less held back by ideological and economic constraints than those who have to worry about paying their mortgages and feeding their families. Their methods of struggle are inventive and dynamic, unencumbered by the slower moving, bureaucratic processes which they have come to identify with the trade union movement.

In his 1961 science fiction classic Solaris, the Russian author Stanislaw Lem wrote, "We have no need of other worlds. We need mirrors." This fascinating exhibition at the British Library shows us how science - or speculative - fiction has imagined other worlds, terrifying creatures and utopian futures while simultaneously exploring political and social questions very relevant to our own society.

This is a fascinating account of the Egyptian Revolution told through 140-character "tweets" posted on the social media website Twitter. When I started reading the book I was sceptical it would be an over-hyped testimony to how crucial the internet was to bringing down Mubarak. Instead the book is a vivid account of the rollercoaster ride activists went through observing and participating in the revolution.

John Bellamy Foster has been a pioneering writer on Marxist approaches to climate change and ecology. His book Marx's Ecology overturned many of the stereotypical interpretations of Karl Marx as somebody unconcerned about the state of the natural world. Foster built upon Marx's writings on topics as diverse as the effects of early capitalist agriculture on soil erosion to evolutionary theory, to reassert a vision of Marxism as a holistic worldview of which ecology is an integral part. 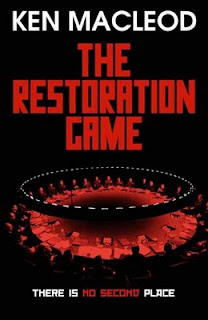 Ken Macleod has developed a reputation for writing intelligent, political science fiction, and this novel should only add to his acclaim.

The story follows Lucy, a computer game designer in Edinburgh, as she attempts to unravel the mysterious history of her family and its connections to the former Soviet region of Krassnia.

Liberal Democrat leader Nick Clegg had quite a rollercoaster of an election campaign.

Propelled into the limelight by the televised leaders' debates and riding high in the opinion polls, Clegg seemed to fancy himself as a British Barack Obama. "Change" was the order of the day. Labour and the Tories were the "old parties".

Coming from the leader of a party that was formed from a coalition of Whigs, free trade Tories and middle class radicals in the 1850s, this all seemed a bit rich.

The Marxist geographer and social theorist David Harvey has become something of a sensation on the left in recent years. The onset of the economic crisis has led to a renewed interest in Marx's ideas and Harvey has been the focal point of this re-engagement for many radicalising young intellectuals.