Since 17 April 2012 (Palestinian Prisoners Day) a new wave of resistance has been launched by political prisoners in Israeli jails. Around 1,600 prisoners declared that they were starting an indefinite hunger strike, referred to as the "Karama" (dignity) strike.

This marks the biggest collective hunger strike led by prisoners since 2004.

The strike was sparked by two prisoners, Khadir Adnan and Hana Shalabi. Both have been released after 66 and 53 days of hunger strike respectively.

Both were protesting against the policy of administrative detention that has led to the jailing of almost 5,000 Palestinian political prisoners in Israeli dungeons.

Administrative detention allows the Israeli state to hold prisoners indefinitely on secret evidence without charging them or allowing them to stand trial.

The Palestinian bid for statehood has serious problems. But it has revealed the hypocrisy of world leaders

As the United Nations met to discuss the bid for Palestinian statehood, Israeli leaders in the Knesset met to approve ten new Jewish-only settlements in the Negev - a move that would necessitate the expulsion of 30,000 Bedouins.

The revolutions that have swept the Arab world have received an unexpected echo: on the streets of Israel. In July, the New York Times reported on how, "Six months after Cairo's Tahrir Square became synonymous with the region's transformation, another Middle Eastern city has been hit by Facebook-driven protests with potentially serious political consequences.

But here in Israel, where urban tent cities began springing up a week ago and continue multiplying across the country, the issue is not democracy but the plight of the consumer, especially in housing, food and other basic goods." The Times added, "while Israel's Arab neighbours have historically been seen here as the source of the country's woes, now some are calling them an inspiration."

The Arab revolutions threaten to break the networks of control erected by the US and Israel. This has particular significance for Palestinians, whose oppression has been enabled by the collaboration of Arab regimes with Israel. Estelle Cooch asks whether Palestine's isolation may be coming to an end

On 15 May each year Palestinians have commemorated Nakba Day, "the catastrophe", the day of Israel's establishment in 1948 that oversaw the expulsion of hundreds of thousands of Palestinians from their homes.

For 30 years Egypt has been the linchpin of US and Israeli domination across the Middle East. Simon Assaf charts the history of Western support for Mubarak and the consequences of his downfall

When the mass demonstrations that swept Egypt turned into an insurrection, US president Barack Obama demanded to know why Middle East experts in Washington failed to predict that a revolution was about to sweep away its most important ally in the Arab world.

Israel's attack on the Gaza-bound aid ships in international waters which left nine activists dead last May was perfectly legal - according to Israel.

This is the result of an Israel-commissioned inquiry into the attack, which concluded, "Overall, the Israeli Defence Force personnel acted professionally in the face of extensive and unanticipated violence."

Hardly far-reaching, you might think - but you'd be wrong. The inquiry also found time to rule that Israel's siege of Gaza is legal under international law.

The siege began in 2006. In 2007, when Hamas took full control of Gaza, the siege stopped being only an economic embargo - a comprehensive siege was imposed. All aspects of life were harmed. 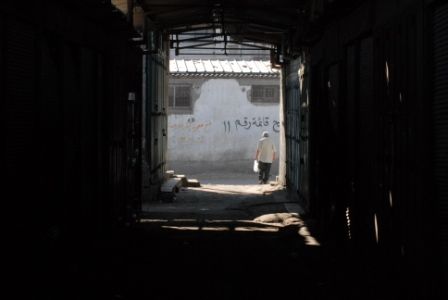 More than 150 medicines are blocked from Gaza and so is medical equipment - 510 people have died due to this lack of medicine and the inability of people to travel for treatment. Some of them, when they asked for treatment in Israel, were told, "Yes, you can have medication. But you have to work as a spy for us."

The flotilla attack sparked protests and solidarity worldwide. Phil Marfleet reports on the growing Boycott, Divestment and Sanctions (BDS) movement, which can offer a focus for solidarity with Gaza.

Gaza has been under occupation for over 40 years but international interest has seldom been as intense and international solidarity rarely as effective as since the recent killings at sea.

On 31 May Israeli commandos attacked a flotilla of ships carrying aid to Gaza, killing nine people and injuring dozens more. Kevin Ovenden from Viva Palestina recounts the horror of the attack and gives his views on building a movement that can lift the siege of Gaza.

"All changed, changed utterly." So wrote the great poet William Butler Yeats after the execution by Britain of Irish freedom fighters following the 1916 Easter Rising in Dublin. Those words resonate today, following the massacre aboard the Mavi Marmara on bloody Monday - 31 May 2010. Now, a new phase of struggle is born in the movement to bring justice and freedom in Palestine. But it has come at a terrible price.

Last month the Israeli government approved plans to build a synagogue next to Al-Aqsa mosque. This is part of Israel's strategy to drive native Palestinians out of Jerusalem, writes Abdul Wahab Sabbah

Last month the Israeli government gave the green light for settlers to open the Hurva synagogue in east Jerusalem next to the Al-Aqsa mosque. The mosque is one of the most important sites in the world for Muslims.