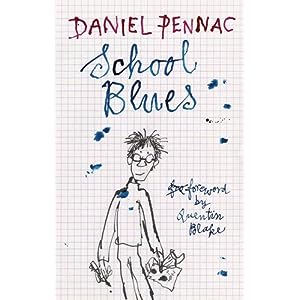 French novelist Daniel Pennac, a self-described former "dunce", has written an engaging account of how it feels to be a student struggling to "make the grade" (it's noteworthy that this phrase, originating in the classroom, is so universally used to denote failure). This is an autobiography of sorts and is full of both sympathy and empathy (despite the fact that his "dunce" alter-ego, who surfaces periodically, cannot define the latter term). The struggles of the student to understand, concentrate and conform are not viewed judgementally or simplistically. This is a refreshing break from the suffocating discussion of blame that surrounds most public debate around education.

This generous approach is extended to teachers. Despite his dunce-eye view of teachers as "prison guards chained to [their] desks until the end of time", Pennac later became a distinguished teacher himself. Although he comes across as committed and innovative in his own practice, he does not moralise against less inspirational colleagues. He is acutely aware of the pressures facing the profession and the inadequate resources available to it. But he celebrates the four teachers who "saved" him and his contemporary colleagues who continue in the same vein. What they have in common, he argues, cannot be reduced to a particular method, but involved a love for their students. This is summed up by the optimistic quote that "in this world, you must be a bit too kind in order to be kind enough".

If this all sounds a bit too Dead Poets Society, too naive and liberally individualistic in its solutions, then, to an extent, it is. However, Pennac is aware of the danger.

He describes children facing the pressure to become consumers and the empty but instant fulfilment brand identity offers in contrast to the deferred pleasure of educational achievement. He is also very concerned about the children of the banlieues, the ghettoised high-rise urban housing, described as "scum" by Nicolas Sarkozy. He rejects the racism and class prejudice that underpin this attitude, but does not attempt to provide a worked-out alternative that deals with the social basis of educational inequality.

Even within this limitation, this is a thought-provoking "from the chalkface" book with insights that would benefit teachers, parents, educationalists and students, particularly those written off as "dunces".