What is the Inside Film project?
We work with prisoners and ex-prisoners and those on parole, enabling them to make their own films and providing them with a practical and theoretical grounding.

Why did you choose to work with prisoners and ex-prisoners?
When I had the idea for the project seven years ago I was working part time in Wandsworth prison teaching key skills through film studies. It was a really popular course but we were limited in what we could do because it was geared towards getting the qualification.

The conviction of Gary Dobson and David Norris for the racist murder of Stephen Lawrence was a moment to celebrate for all anti-racists. But, argues Talat Ahmed, institutional racism still lurks at the heart of the British state

The guilty verdict in the Stephen Lawrence case for two of his murderers has reopened a debate about racism in Britain. The conviction and life sentences handed down to Gary Dobson and David Norris for the murder of Stephen Lawrence was a moment of celebration and vindication for anti-racists throughout the country. Yet one fact conspicuous by its absence has been any serious consideration of institutionalised racism. This was the defining feature of the 1998 Macpherson inquiry into the police's handling of the investigation into Stephen's murder. 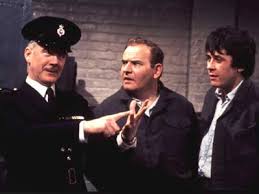 The highest rate of incarceration in the world.

The numbers in jail rose rapidly during the 1980s, the period when right winger Ronald Reagan was in office, from around 500,000 to 2.3 million today. This means that over 1 percent of the US population is behind bars.

Interviews with those involved in the hunger strikes

Bik McFarlane spent more than half of his adult life imprisoned by the British. During the hunger strikes of 1981 he was the OC (officer commanding) in the H-Blocks. He was one of 38 Republican prisoners to escape from the prison in 1983.

"The British government intended the H-Blocks to be the 'breakers' yard' for the Republican movement," says McFarlane. "They saw prisoners as the most vulnerable section of the movement and they set out to break them.

Twenty five years ago Irish Republicans in British jails were fighting for the right to be considered political prisoners. Brutalised and abused they turned to a weapon of last resort, a hunger strike. Simon Basketter tells the story of their struggle.

The Guantanamo Bay prison camp - where orange jump-suited prisoners lie caged, blindfolded and held without trial - sums up the brutality of the "war on terror". Yet this regime has failed to crush the spirit of resistance among the detained. Their hunger strikes so terrified those who control the camp that they described them as unfair, an act of "asymmetric warfare". Most British politicians, even those who are still pro-war, have been forced to call for Guantanamo's closure, suggesting it is an aberration that would not occur under any British command.

Allegations of corruption and murder are rocking California‘s penal system.

Khem Singh was little more than a shrivelled skeleton when he died of starvation in early February while on hunger strike in California‘s notorious Corcoran State Prison. The 72 year old Sikh priest, who spoke almost no English, had been given a draconian 23-year sentence in 2001 for ’inappropriately touching a young girl‘.

Although he had been on hunger strike for weeks, and had shrunken to less than 80 pounds, prison staff failed to monitor Singh‘s decline or move him into intensive care. Guards told a reporter that they ’didn‘t notice that the prisoner was wasting away‘.